A milestone slip chart is a simple but very effective progress report.

On a weekly or monthly basis milestones are plotted on a grid to show when they are scheduled to occur. In the example 0 represents the start of the project or programme. In the baseline schedule milestone M1 is due to occur in week 2; M2 in week 5 and M3 in week 7.

In week four M2 is back on schedule but M3 is still running a week late. M2 finishes on time in week five but by week six M3 has been delayed a further week. 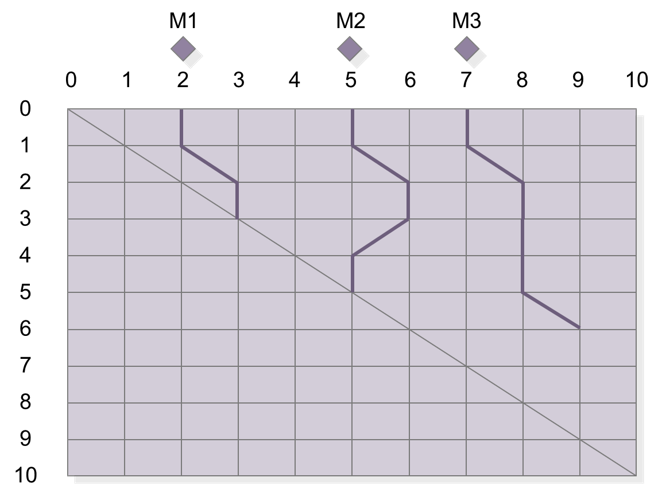 The progress dates can be easily transferred from a detailed schedule to this simple report which will be perfectly adequate for many stakeholders who only require high level progress information.