Douglas McGregor is most famous for his Theory X and Theory Y as described in his book ‘The Human Side of Enterprise’ 1. 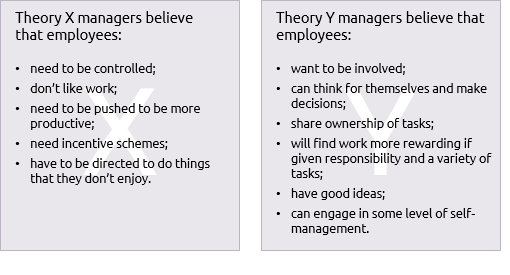 McGregor’s two extremes relate to Maslow’s hierarchy of needs and, from the leader’s perspective, are the basis of models such as Hersey and Blanchard and Blake and Mouton.

From the team’s perspective McGregor is closely related to models such as Maslow, Hertzberg and Tuckman.