A time scheduling technique that is typically used in situations where skilled resources are performing the same activity on multiple products within a project. For example in a housing development. 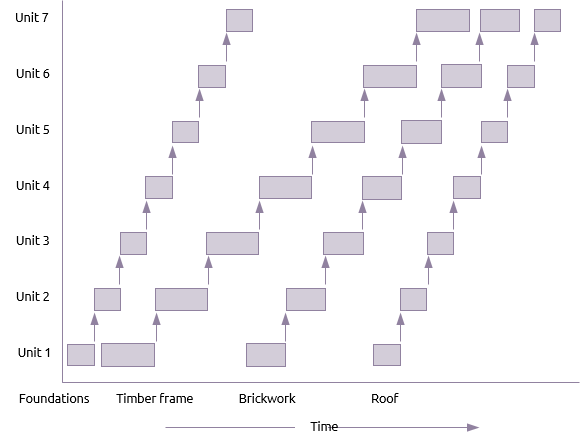 The chart above shows four gangs of workers moving between 7 units. On each unit, each trade could start immediately after the one before had finished. However, this would result work on timber frames, for example, being done on multiple units in parallel.

It is much more efficient to schedule the work so that there is only one gang of each trade on site and that gang has continuity of work from start to finish.

This is easier to see on the modified chart below. 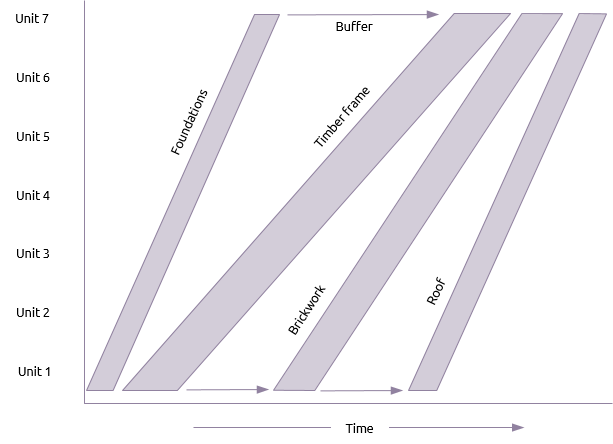 The solid lines make it clearer how each trade progresses at a different rate. The steeper the line the faster the trade moved between the units.

The start of each trade is scheduled so that the work is completed as soon as possible with each trade having continuity of work. Natural buffers occur at the beginning or end of the trades work and these can be used in a similar way to float in a schedule based on critical path analysis.

Line of balance charts are sometimes combined with physical layouts of the work on the vertical axis, and may be referred to as a time chainage chart. 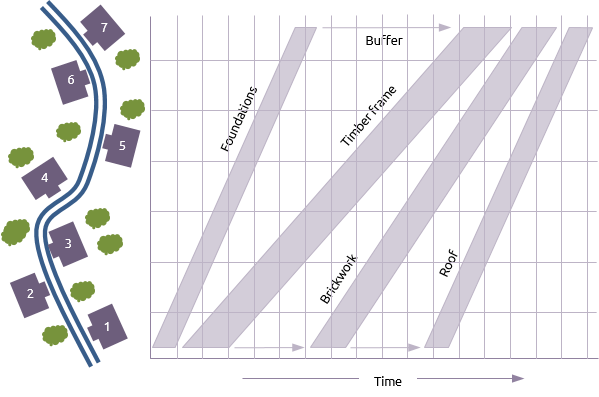