Within these dimensions they identified five example managerial styles: 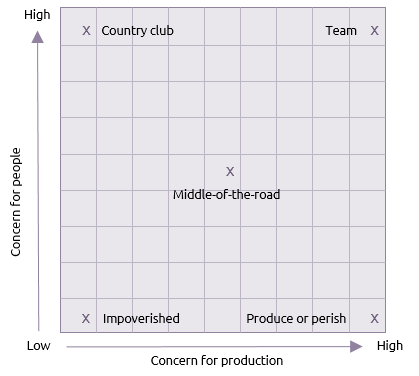 The managerial grid has been used as the basis for many other models such as Hersey and Blanchard and Thomas-Kilmann. From a P3 manager’s point of view all these models must be interpreted according to the context of a project or programme, the way a team develops (e.g. Tuckman), the life cycle phase being led and the general capability maturity of the host organisation.