In its simplest form an influence diagram is decision support tool comprising a series of linked nodes. There are various conventions around the shape and colour of the nodes but a basic influence diagram comprises arrows and three shapes. 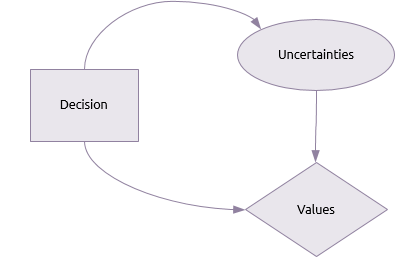 Rectangles indicate decisions or things that are controllable. Ovals represent uncertainties and diamonds represent values or the required outputs of the system being modelled. Arrows show the way these nodes influence each other. Unlike network diagrams, the arrows do not represent dependencies or flow of time – they are purely indicators of influence.

A general form of P3 influence diagram may therefore appear as shown below. 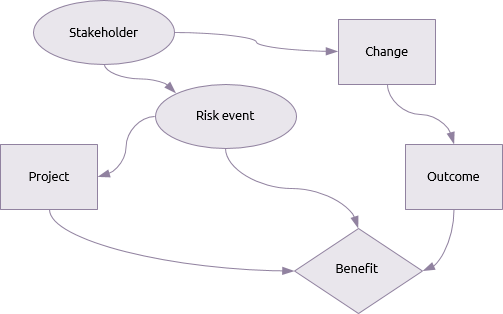