Be careful what you govern

Governance is an interesting and subtle process which is not helped by confusing governance with management or organisational capability maturity. A recent discussion in PM World Journal on the subject of governance and management highlighted an interesting issue that we have touched on in the past.

The Romans were undoubtedly good builders. They also had effective governance and management processes, when a contractor was engaged to build something, they had a clear vision of what they wanted to accomplish; assigned responsibilities and accountability effectively; and failure had clearly understood, significant consequences.

Roman bridge builders were called pontiff. One of the quality control processes used to ensure the effective construction of bridges and other similar structures was to ensure the pontiffs were the first to cross their newly completed construction with their chariots to demonstrate that their product was safe. 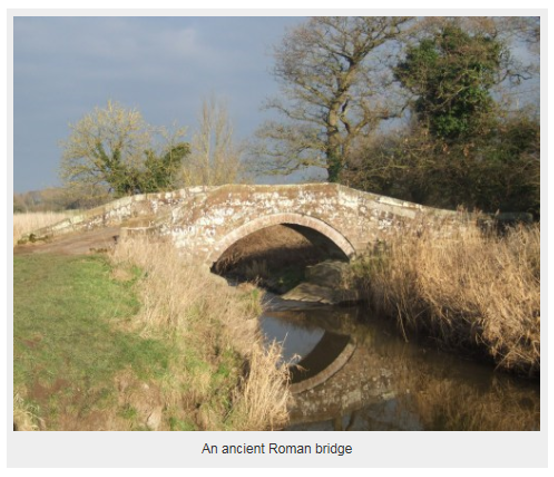 This governance focus on safety and sanctions created very strong bridges some of which survive in use to the present day but this governance policy also stymied innovation. Roman architecture and engineering practice did not change significantly in the last 400 years of the empire!

No sensible pontiff would risk his life to test an innovative approach to bridge design or construction when the governance systems he operated under focus on avoiding failure. Or in more general terms; the management response to a governance regime focused on ‘no failure’ backed up by the application of sanctions is to implement rigid processes. The problem is rigid process prevents improvement.

To realise the significance of this consider the technology in use in the 17th century compared to the modern day – the vast majority of the innovations that have resulted in today’s improved living standards are the result of learning from failure.

But the solution is not that simple, we know that well designed and implemented, processes are definitely advantageous. There is a significant body of research that shows implementing methodologies and processes using CMMI, OPM3, PRINCE2, P3M3 and other similar frameworks has a major impact on improving organisational performance and outcomes.

However, organisational maturity is a similar ‘two edged sword’ to rigid governance and management requirements. We know organisational maturity defined as the use of standardised processes and procedures creates significant benefits in terms of reduced error and increased effectiveness compared to laissez-faire / ad hoc systems with little or no standardisation. But these improvements can evolve to become an innovation-sapping straightjacket.

Too much standardisation creates processes paralysis and a focus on doing the process rather than achieving an outcome. In organisations that that have become fixated on ‘process’, it is common to see more and more process introduced to over come the problem of process paralysis which in turn consume more valuable time and resources until Cohn’s Law is proved: The more time you spend in reporting on what you are doing, the less time you have to do anything. Stability is achieved when you spend all your time doing nothing but reporting on the nothing you are doing.

Avoiding this type of paralysis before a review is forced by a major crisis is a subtle, but critical, governance challenge. The governing body sets the moral and ethical ‘tone’ for the organisation, determines strategy and decides what is important. Executive Management’s role is to implement the governing body’s intentions, which includes determining the organisation’s approach to process and methodology, and middle and lower level management’s role is to implement these directives. The governance challenge is working out a way to implement efficient systems that also encourage an appropriate degree of innovation and experimentation. The ultimate level in CMMI and OPM3 is ‘continuous improvement’. But improvement means change and change requires research, experimentation and risk taking. As Albert Einstein once said, “If we knew what it was we were doing, it would not be called research, would it?”

To stay with the Roman theme of this post: Finis origine pendet (quoting 1st century AD Roman poet and astronomer Marcus Manilius: The end depends upon the beginning). The challenge of effective governance is to encourage flexibility and innovation where this is appropriate (ie, to encourage the taking of appropriate risks to change and improve the organisation) whilst ensuring due process is followed when this is important. The challenge is knowing when each is appropriate and then disseminating this understanding throughout the organisation.

Organisations that follow the Roman approach to governance and avoid taking any form of risk are doomed to fade into oblivion sooner or later.

Note: According to the usual interpretation, the term pontifex literally means “bridge-builder” (pons + facere). The position of bridge-builder was an important one in Rome, where the major bridges were over the Tiber, the sacred river (and a deity). Only prestigious authorities with sacral functions could be allowed to ‘disturb’ it with mechanical additions.

However, the term was always understood in its symbolic sense as well: the pontifices were the ones who smoothed the ‘bridge’ between gods and men. In ancient Rome, the Pontifex Maximus (Latin, literally: greatest pontiff) was the high priest of the College of Pontiffs (Collegium Pontificum), the most important religious role in the republic. The word pontifex later became a term used for bishops in the early Catholic Church and the Bishop of Rome, the Pope, the highest of bridge-builders sumus pontiff.

Be careful what you govern