This is a rant. If you don't like rants, stop reading now.

Why do so many projects fail? They don't. Those articles and reports that you keep seeing that talk about what awful results project managers and project management deliver? Like the photo above ... garbage. Pure sludge. Pre-compost. 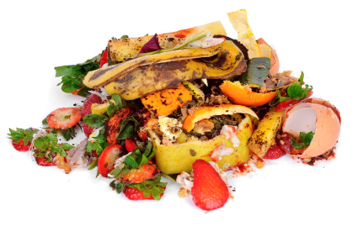 I've posted some variety of these comments several times before. Not much new here. Just gathered all in one place.

Most of the researchers have a clear conflict of interest since they sell project management improvement services of one kind or another. [Full disclosure: I sell such services as well, but I don't publish research papers saying how bad everything is]. If the research reports showed that all was well in Project-Management-Land, that might hurt demand.

To the best of my knowledge, none of the Chicken-Littles have done anything to ensure a representative sample. One well-known purveyor of chaotic results deals only with IT projects, and only with their own clients besides! Their results may be accurate for that small subset of projects, but we have no way of knowing if their survey results are typical in other domains ... or even elsewhere in IT.

There's no law saying that these researchers must have a representative sample, but if they don't, they really ought to disclose the population that their results are based on. For example, we might reasonably expect that larger, more complex projects will have worse results than smaller, less complex projects, but none of the reports that I have seen show their results by either size or complexity.

What counts as a failed project? Barry Boehm, USC professor, author of Software Engineering Economics, inventor of COCOMO and the spiral software development model, says that initial project estimates for software development are likely to be off by a factor of 4 ... in either direction. So when a software project is first conceived, and we estimate its cost at $10,000,000, the actual delivered cost could be as high as $40,000,000 or as low as $2,500,000.

A project whose actual falls within that range ($2.5-40 million) should be considered successful (or at least accurately estimated), but most of the research would treat anything over $10 million as at least a partial failure. Even something like building a single family home can have a huge range of possible outcomes at the ideation stage. One of the main purposes of a project lifecycle is to narrow that range in progressive steps, but little of the research addresses this normal variation.

I have a client who estimated the cost of a small-ish change to one of their IT systems at $300,000-500,000 and the benefits at a bit over $500,000 per year. A solid return, so the project was quickly approved. As they got into the requirements phase, they identified a bunch of related features, all of which were properly approved by the sponsor, that increased the final cost to nearly $3,000,000. Most of the research would treat this project as a colossal failure with an actual cost 10 times the original estimate. But those additional features produced annual benefits of nearly $10,000,000 per year: 20 times the original estimate. I'd call that a resounding success.

If project management is such a hot mess, why isn't anyone doing anything about it? Do you really think that the top managers of every FORTUNE 500 company are happy to waste their money, year after year, on failed projects? I don't. They may not be delighted with their results, but I suspect they are at least reasonably satisfied with the vast majority of their projects.

There are quite a few industries whose business is projects. The build environment (architecture, engineering, and construction) is probably the most obvious. Once again, if their project managers delivered mostly failures, how would they stay in business?

We've also got New Product Development which includes defense, aerospace, automotive, electronics, pharmaceuticals, and the like. Although many of these organizations make most of their money from selling the product-of-the-project rather than directly from the project, their projects must be generating useful results or they too would be out of business.

Mega-projects like the Olympics and the World Cup get a lot of publicity for their massive overruns. But I suspect that poor project management has little to do with those so-called disasters. And in terms of percentages ... I estimate that mega-projects probably consume something less than 1/100 of a percent (0.0001) of all project expenditures. Can we really draw conclusions from Pareto's Law Gone Wild?