Brainstorming doesn’t work in many Eastern cultures that place a great deal of value on respect, politeness and ‘face’. 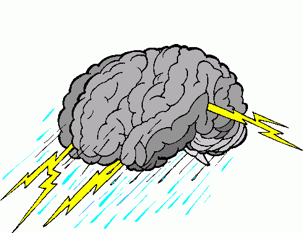 In a multicultural project team the project manager must take care to observe the contributions of all participants in that common problem-solving environment, the team brainstorm.

There may be one or two noisy contributors, from one of the northern European or North American cultural groups who dominate the session, blotting out the quieter team members. Not only in this just plain rude it is also short-sighted; one of those quieter folks may just have the answer to your problems, and cannot (or will not) force it through the general hub-bub.

Free-wheeling brainstorms work very well when all the people present are from one of the aforementioned cultures such as northern European, but a team member from, say, Japan, will sit quietly waiting for their turn to speak. This turn will not arrive, of course, if the team leader is also from one of the noisy cultures. This has the obvious effect of losing the potentially valuable contribution but also may cause the ‘noisies’ to regard the ‘quieties’ as not committed to the project.

It may also cause the ‘quieties’ to regard the ‘noisies’ as rude and lacking self-control. One Japanese systems analyst told me that she was horrified how her team members shouted at each other and, horror of horrors, at THE BOSS during a brainstorm. Now this sounds fine to me, but to her it was so disrespectful that she lost all sense of belonging to the team. To add insult to injury the boss took her aside at the end and criticised her for not joining in; double whammy!

There is a way through this, and this method can be used for multi-cultural teams, for remote team members, and for the ‘juniors who won’t speak in front of the seniors’ situation. Invented by Professor C.C Crawford in the 1920’s the Crawford Slip method is easy to run, either in a meetings room or over the web using software (huge number of business software applications available).

A similar approach is called the Nominal Group Technique.

The method is easy to implement. The project manager describes the problem that must be fixed, and then invites the participants to write their suggestions silently on slips of paper (could be Post-it notes, or fancy proprietary slips, or just sheets of copier paper). The slips are collected and the contents transferred to the white board or flipchart (you can see how this is relatively easy to implement over the web, as well).

The group now gets another go with more slips, based upon the ideas from the first round. More such rounds may be called for if necessary.

In this way everyone has the same voice, with no domination by the ‘noisies’. This is obviously useful for the team members who are polite, but it is also useful for the brainstorm group that contains one or two high-ranking managers as well as some juniors.

There is still a place for the free-wheeling brainstorm, but be aware that some team members may be blocked out of the meeting by their reluctance to be a ‘noisy’.