All projects and programs have four dimensions that in aggregate determine how difficult they will be to manage. The four basic dimensions are:

These aspects are discussed in Project size and categorisation

Of the four, size and technical difficulty are innate characteristics of the project and are not affected by governance, they simply need to be properly understood and managed.

Uncertainty always exists to a degree and can affect what techniques and what processes should be used for the best effect (what to do) and how to achieve the objective (how to do it). The biggest challenge with uncertainty is making sure all of the key stakeholders are ‘on the same page’ and understand what the currently level of uncertainty is, and how the project team are planning to resolve the uncertainties. In combination, these uncertainties create four basic project typologies requiring different management approaches. Most residual uncertainties can be managed through risk management processes.

Uncertainty is not the same as ambiguity – at the start of the construction process for the London Olympics there was a very high level of uncertainty concerning the extent and types of contamination affecting the ground and waterways, the best techniques for removing the contaminates, and the total cost and time that would be required to complete the work. However, there was absolutely no ambiguity about the requirement to fully decontaminate and remediate the site and the waterways. As the work progressed, the uncertainties reduced, the extent of the problem was defined, the site was fully remediated and the requirement was achieved. 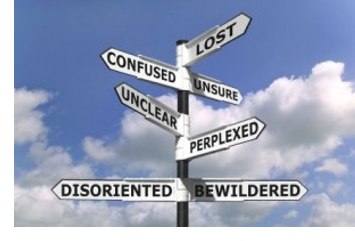 Complexity is similar to uncertainty; there is always a degree of complexity associated with the many and various stakeholder relationships in and around the project. Internal ‘politics’ can be managed, controlled and used in a positive way provided the organisations governance and internal management disciplines are effective. External stakeholder relationships are more difficult to control and tie into the organisation’s overall corporate social responsibilities (CSR) and public relations (PR) activities.

But this is not the way many practitioners are experiencing complexity. The Project Management Institute (PMI) has recently published its latest Pulse of the Profession® In-Depth Report: Navigating Complexity

The worrying finding is that among the organisations surveyed whose portfolios were filled with what they defined as ‘highly complex projects’, 64 percent cited ambiguity as a defining characteristic of complexity in their projects while 57 percent cited the issue of managing multiple stakeholders. I would suggest neither of these characteristics is a true measure of complexity; but that allowing either to exist to the detriment of a project is a clear indication of weak or non-existent governance.

Ambiguity generally means the people working on the project do not know what they are supposed to achieve or there are different interpretations of what is to be achieved. Given unresolved ambiguity is a guaranteed way to ensure project failure, the open governance question is why are so many organisation allowing their managers to waste money working on a ‘project’ when there is no clearly defined objective? Good governance would require the waste to be stopped until the objective of the project is defined and the associated uncertainties understood. This does not require masses of detail, but does require clarity of vision.

When JFK stated in 1961 that “the United States should set as a goal the landing a man on the moon and returning him safely to the earth by the end of the decade”; no one knew how to achieve this in any detail but there was absolutely no ambiguity associated with what had to be accomplished and when it had to be achieved. What Kennedy did was not ‘rocket science’ (that came later); what he did was to create an unambiguous objective against which all future management decisions could be judged and empower everyone to keep asking “is this decision supporting the achievement of the objective (or not)?” Being a ‘good governor’ Kennedy had sought and received assurances that the goal was achievable before issuing the challenge, but he did not try to tell his engineers and scientists how to do their work. And as the saying goes, ‘the rest is history’.

The second area of complexity, identified in the PMI report, involving diverse politics and views will in part be resolved by creating a clear vision. However, the frequently occurring ‘turf wars’ between executives are very much a symptom of poor governance and control. A well governed and disciplined management team should vigorously debate concepts at the initiation stage, but once an investment decision has been made, recognise that working against the success of the initiative is counterproductive and damages the organisation. A key aspect of governance is creating a management culture that supports the organisation in the achievement of its objectives, turf wars and destructive politics are a symptom of weak executive management and poor governance.

Within the PMI findings, the one area where genuine complexity exists is where a project (or program) has multiple external stakeholders with divergent views and expectations that are frequently ‘unreasonable’ from the project’s perspective. A typical example is the motorists who will appreciate the reduced congestion and travel times after a freeway is widened but complain about the delays caused by the road works and the environmentalists who are opposed to the whole project ‘on principle’, knowing the money would be better spent on ‘clean’ public transport upgrades. Thousands of stakeholders, hundreds of different positions, wants and needs and everyone ringing their local papers and politicians…… this is real complexity.

In these situations there are no easy options, the only way to minimise the damage is carefully planned and implemented stakeholder engagement strategies that combine traditional communication options with more sophisticated corporate social responsibility (CR) and public relations (PR) initiatives. This is hard work and never 100% successful but essential to minimising the effect of complexity and to contribute to achieving a successful project outcome. The Stakeholder Circle® has been designed to provide the data management and analysis needed for this type of heavy duty stakeholder management.