Since the late 1980’s the project management profession has seen the creation of numerous written ‘guides’ that document and formalise various aspects of the management of projects. Over the years the range of guides has grown to include programmes and portfolios.

In the late 1990’s I was working at training and consultancy company, The Projects Group. We were running numerous courses for various qualifications that were generally teaching the same principles using different terminology and structure. If people wanted to study more than one aspect of the overall picture they inevitably ended up duplicating some of what they had already learnt.

Our answer to this was to create a system (TPG Academy) that was highly modular and allowed people to just top up their past learning with the extra modules needed to cover each new guide as it appeared.
But clearly, this was not addressing the underlying problem that the profession was serviced with so many incompatible guides that seemed to cause constant confusion.

In 2012 the opportunity arose to create a framework that took a more holistic and integrated approach. While retaining the good practice embodied in all the other guides, Praxis started as a blank sheet of paper with the objective of addressing the management of projects, programmes and portfolios in a single framework. This meant that when addressing the body of knowledge, method, competency and maturity sections, everything could be consistent.

Thirty years on from those first guides, the internet has changed the way we work beyond recognition. The web provides so much free information in an accessible way. The decision was taken that Praxis should also be completely free and become part of the ‘Wikipedia generation’, making the basic principles of project, programme and portfolio management more accessible and usable.

But why call it Praxis, and what’s that lattice in the logo?

Firstly the name: Praxis. To quote from Wikipedia:

Praxis is all about practical application of knowledge. Through community involvement Praxis should become a repository of knowledge that project, programme and portfolio managers can apply practically.

Secondly the logo: The lattice is a ‘Buckyball’, which is a molecule made up of 60 carbon atoms. Its strength comes from the way the links are structured – hopefully an analogy for Praxis where each component benefits from clear 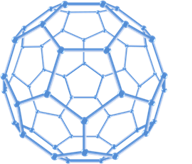 links to other parts of the framework.

The Buckyball was named after the architect R. Buckminster Fuller, who designed buildings with a similar structure (geodesic domes), but the real reason for the link to him was his quote that:

“You never change things by fighting the existing reality. To change something, build a new model that makes the existing model obsolete.”

Which is exactly what we hope Praxis will do.