10 not so easy steps to EVM 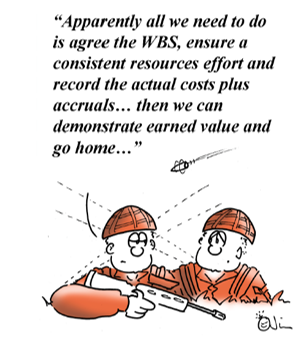 Earned Value Management (EVM) has existed in a documented form since the 1960s although the underlying question behind the approach (what am I getting for the money I have spent) has obviously been around for a lot longer! As a project management technique we find that only a few organisations or business sectors apply it fully; for example defence (it is mandated by both the US and UK’s defence procurement bodies), rail transportation and civil/mechanical construction e.g. utilities.

However to many of those involved in project management it is still largely a mystery confined only to the realm of a topic needed to be learned in order to pass APM’s APMP or PMI’s PMP® examination; but once learned, and having successfully passed the exam, instantly forgotten. We wonder why this is - as surely the underlying principle of EVM is applicable to all projects?

According to an early publication from the APM’s Earned Value Specific Interest Group (EV SIG) “Earned Value Management is the measurement and monitoring of project progress in terms of cost, time and technical/physical achievement against a defined scope of work”. The EV SIG imply that all you need to do to carry out EVM is follow these 10 easy steps (note we have added some extra, fundamentally important words to the steps which are highlighted):

Simple isn’t it?! So where does it start to become difficult? We work with many organisations that understand the validity of EVM in principle but struggle to make it work, those trying gradually falling by the wayside as they attempt to get past step 10 to reap the benefits of EVM. Those of you reading this and thinking about implementing EVM might want to see how far you can get on your route to step 10 and beyond. Let’s look at each of the 10 steps one by one and see where the difficulties lie. 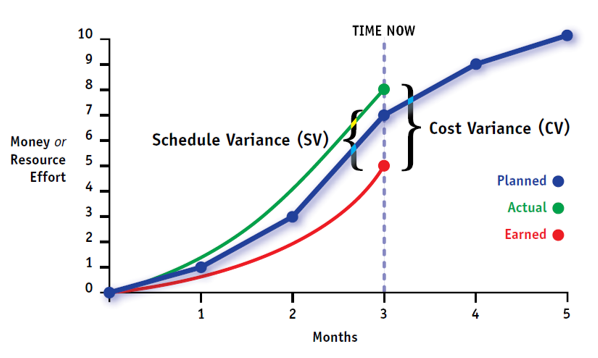 And that’s all there is to it!

We were prompted to write this article by an organisation that we work with that is about to embark on a full implementation of EVM on all of its major projects. Even though the benefit to be gained from its implementation is obvious to many of those involved in delivering these projects some are still concerned if the effort required will be actually worthwhile. What seems strange to us is that in asking that question, it must be seen as acceptable to some people that projects proceed without clear agreed scope, roles and responsibilities assigned, schedule developed, progress tracked and change controlled.

10 not so easy steps to EVM