Building ethics and sustainability into a project does not limit its success; in fact the reverse is often true. London’s Crossrail project is turning into an outstandingly successful project despite numerous challenges including finding hundreds of skeletal remains from the Black Death in the excavation for one of its major stations.  One can only hope Melbourne’s Metrorail project to construct a similar heavy rail tunnel under the central business district is as successful.

One factor in the Crossrail success has been the focus of the UK government on developing the skills needed to manage major infrastructure projects focused on the Major Projects Authority. This multi-year investment links proactive oversight and reporting, with research, support and training designed to create an organic capability to make major projects work (more on this later). Another is being prepared to ‘think outside of the square’ to solve major challenges – the focus of this post.

The challenge faced by Crossrail (and to a lesser extent Metrorail) is what to do with millions of tonnes of excavated materials when your project is situated under a major city??  The Crossrail solution has been innovative and coincidentally focused on restoring the environment of my youth. 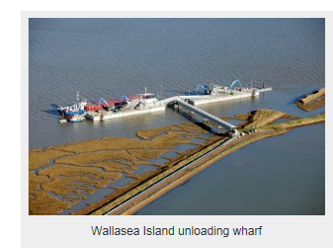 Tidal marshlands may not be the scenery of choice for many but the marshes do have a fascination for those of us who grew up playing in and around them. My home and Charles Dickens's 150 years earlier were the North Kent marshes.

At the start of Great Expectations, Pip says: “Ours was the marsh country, down by the river, within, as the river wound, twenty miles of the sea…”  and elsewhere “The dark flat wilderness, intersected with dykes and mounds and gates, with scattered cattle feeding on it… the low leaden line of the river… and the distant savage lair from which the wind was rushing, the sea…”

The landscape is not quite as bleak as it was (but still comes close in winter). The marshes have been drained and there are hops and orchards where there would once have been a windswept wilderness. But the Kent that Dickens knew can still be glimpsed if you know where to look, including the graves where Pip was first confronted by Magwitch in St. James’ churchyard at Cooling.

However, what may be seen as less than desirable real-estate to people not born on or near the marshes is essential habitat for a vast range of migratory birds and native wildlife.  Unfortunately, in the 150 years since Dickens, the draining, farming and urbanisation of the lands around the Thames and Medway estuaries has destroyed much of this valuable habitat. But the tide is turning.

The Royal Society for the Protection of Birds (RSPB) has been on the campaign trail for the last 30 years to re-establish the marshlands in North Kent and Essex.  One of their earlier successes was to convert the industrial landscape of the Cliffe marshes (my home village) into Cliffe Pools. 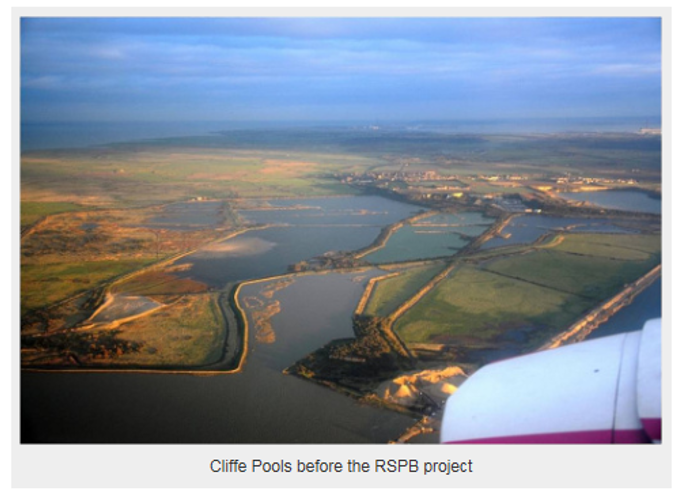 The chalk hills and clay marshes were home to whiting works from the early 1700s and Portland cement works from 1866. Several years after the last of the factories finally closed, the flooded quarries used to dredge clay and some of the former industrial sites were brought by the RSPB and are now a steadily improving wildlife reserve. 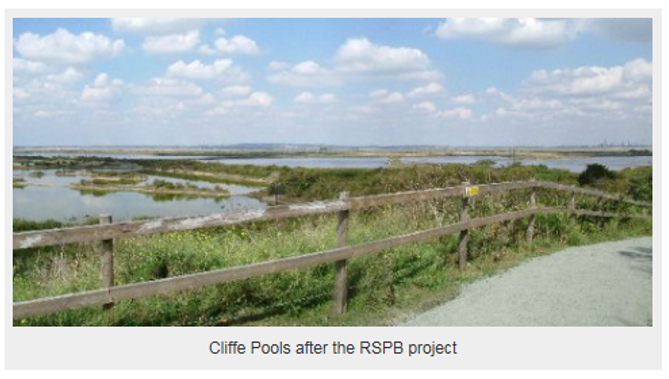 On the other side of the Thames, the RSPB and Crossrail have combined in to create a new marshland on a massively larger scale.  Wallasea Island in Essex is an on-going project that has used 3 million tonnes of clay from the Crossrail excavations to start the transformation of drained farmland into coastal wetlands and marshes.  Another 10 million tonnes will be required to complete future stages of the project.

The drained farmland was several meters below the high tide level, protected by sea walls (and under increasing threat from rising sea levels); coastal marshes need to be a bit above sea level. Massive amounts of fill were required for the ‘wild coast project’.

Crossrail solved their problem of ‘what to do with millions of tonnes of excavated spoil’ by shipping the materials to Wallasea Island and working with the RSPB to transform the area. A win-win outcome Crossrail were able to use costal shipping to remove the clay from London minimising road haulage and carbon emissions, and they avoided tipping costs from commercial landfill sites. 80% of the materials were transported by water or rail on a tonne per kilometer basis. The RSPB got a head start on a major project to reinstate a major area of coastal marshland and 1000s of birds are getting a new home. 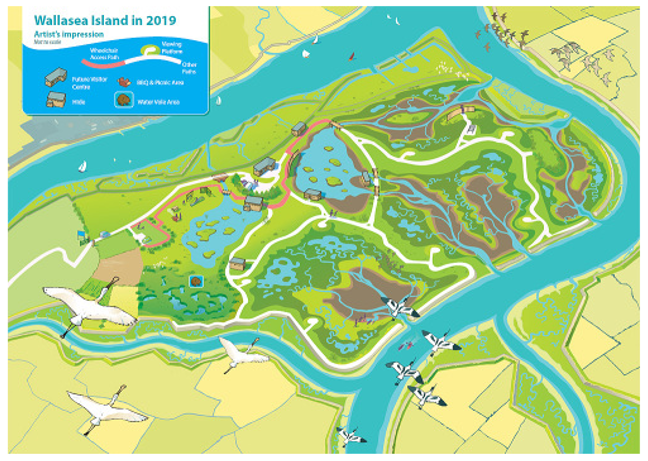 When completed in 2025, the project will have created 148 hectares of mudflats, 192 hectares of saltmarsh, and 76 acres of shallow saline lagoons.

Wallasea Island is a work in progress, but with at least two major tunnelling projects in London still to come, the Thames Tideway sewage scheme and Crossrail2, and the infrastructure in place to take the excavated spoil completion of this project seems likely.

What is of importance form the perspective of this post is the Crossrail project is 65% complete and on time and on budget – being environmentally friendly and effective are not incompatible!  It will be interesting to see what the Metrorail project does with its excavated spoil.