The human side of control

Asking the right questions is a key skill for a project manager, and one of my colleagues has just completed an assignment where his asking for 'evidence' uncovered a project running dangerously close to disaster.

My colleague (whom I shall call Gerry) was called in by a Government Agency in one of the Gulf States to audit an important national project. The country had embarked upon a remapping project, to produce a completely up-to-date set of maps of their entire country. The project board was worried that the project may be slipping behind schedule, and so Gerry was asked to carry out a full project management audit.

The background reading described the process of mapping, which consists of drawing maps directly from aerial photographs. Gerry quickly established that 800 photographs had been taken, to produce 400 maps. He went to see the project team, and asked "How is it going" (the good old standby question that we all use). He was told that this part of the project was on schedule. He then asked "What makes you think that?"

The team explained that they had drawn 512 maps from 640 photographs. This makes 80%, with 80 maps outstanding. This part of the project was, therefore, 80% complete with 20% outstanding, just as the schedule indicated. 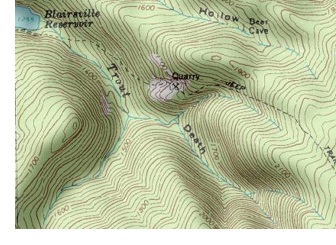 There are several points to note about this case. Firstly, whoever had produced the plan for this task had no real understanding of the possible variability within the task itself, and had assumed a simple linear consumption of effort throughout the task.

Secondly, the day-to-day monitoring of the task had not given any early warning of what was happening. It looked as if someone merely counted the completed sheets, with no examination of their work content.

Thirdly, the task itself was probably too big to monitor securely. This, coupled with the other two factors mentioned above, meant that the problem would only come to light when the original time allowance had expired, and there were still sheets outstanding.

Lastly, the point of a monitoring process is not just to work out where a project is, usually measured by 'work done', but also to work out how much work is outstanding by re-estimating the time needed to complete the task. This last part of the monitoring process can require some skill, and is often 'delegated' to the individual person assigned the task. There is nothing wrong with that, of course, as long as all parties involved in the monitoring process are aware that re-estimating is required, not a simple arithmetic exercise (original estimate minus work done equals work outstanding).

Needless to say, Gerry had a few points to make about the basic progress monitoring and control processes required to keep this mapping project on the right track.

The human side of control