In 1979 I was a graduate trainee working as a planner on Hope Hospital in Manchester.

Producing a project schedule in those days involved drawing activity-on-arrow networks on A0 sheets of paper and then making lists of activities and their i/j numbers. These lists were sent to head office, who forwarded them on to a computer bureau where punched cards were prepared and fed into a mainframe.

If we were lucky, about a week later we would get a printout on green lined paper that listed the activities, their start and finish dates and float. More often we would get an error message that said there was a loop in the network because numbers had been transposed somewhere in the transcription process.

Each analysis run cost £40.If you find this article interesting you'll probably like 'How did we get here' which looks at how project management has developed since 1980.

At the end of that year a contract planner called Geoff Reiss convinced the regional MD of the company (Henry Boot Construction) that they should look at using the new microcomputers as a more effective means of scheduling the project.

Geoff had bought an Apple][e computer out of curiosity. He also bought a book called “Teach yourself Basic” and saw that the last example program in the book was a game called ‘Long way home’ a.k.a. critical path analysis.

I was fortunate to be allowed to work with Geoff on developing the software, which we named ‘Micronet’. While rooting around in my loft a few days ago, I found the original Apple microcomputer that the first version was developed on.

To my surprise and delight, I fired it up and it still worked (almost). Some of the keys don’t work so it’s OK as long as what you want to do isn’t option 8. Fortunately I also remembered that Ctrl-M is the same as the return key (because that doesn’t work either).

The first couple of months of 1980 were spent learning Apple Basic in the evening and programming during the day. According to the report I wrote for the project manager, we produced our first schedule for the project on 11th March 1980.

Instead of updating our schedule, sending it off to the bureau and keeping our fingers crossed that it had no errors when it came back a week later, we could now set the computer off in the morning and have a new schedule by mid-afternoon!! Yes, it took that poor old Apple about 6 hours to do a forward pass, backward pass, float calculations and sort by early start on a network of 800 activities.

By June, our improved programming skills had got this down to 40 minutes. We had even developed a second program that “compares the actual start, finish and duration of an activity with the corresponding information from the contract programme (schedule)”. This was truly revolutionary.

By 1981, Geoff had enlisted the help of his cousin, who was a ‘proper’ computer programmer, to take the program to the next level. This was when it caught the eye of Apple themselves and was one of the first commercial software products in their ‘Special Delivery Software’ catalogue. This was called ‘Apple Project Manager’ (APM) although good old Micronet still survived. 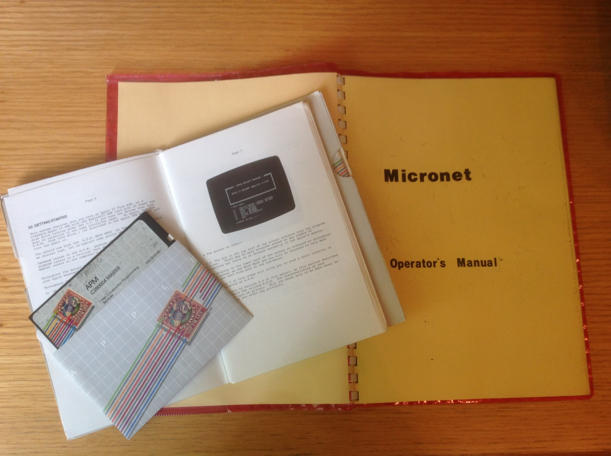 Well the opening screen of APM allowed you to create, analyse and save your network – along with a few administrative functions. 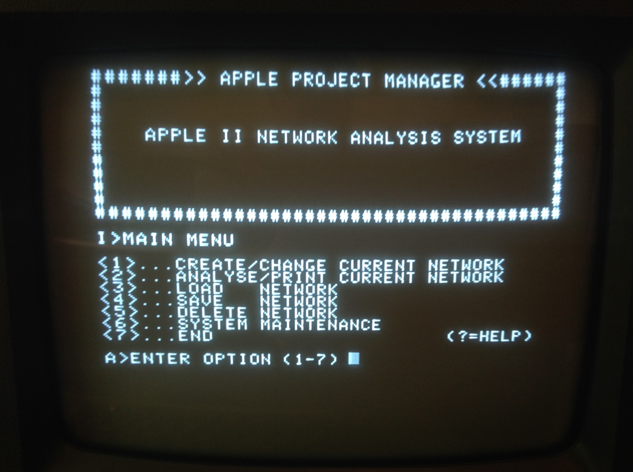 You could enter the activities on the screen, edit them and even include milestones. 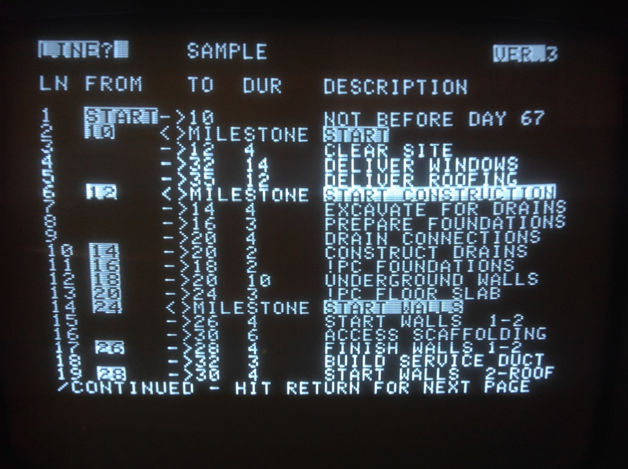 When you were ready you could set up a batch job of reports and display a Gantt chart on screen (really revolutionary). I had hoped to include a picture of that but you need to choose option 8. Maybe next week - if I pick up the courage to take it apart and give the underside of the keyboard a clean. 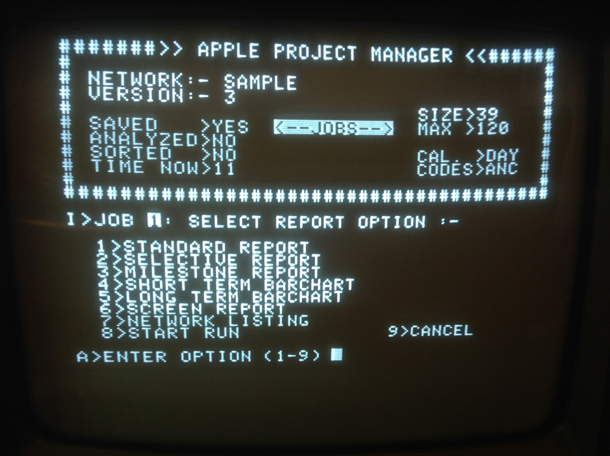 By the autumn of 1980 all this had become very political within the company. Sadly I had to leave Henry Boot and my budding career to be involved in what I saw as a brave new world. But that’s a whole other story.

As it turned out it was a good decision. I’ll just leave you with a picture taken from my first article (published in Building Technology and Management magazine in 1982) written after I had returned to University to research the uses of microcomputers in Construction. It shows the sort of bar chart that Micronet used to produce on our Teletype dot matrix printer, runing at an amazing 30 cps (characters per second).

The rest, as they say, is history.