Manfred Kets de Vries (an excellent management writer) said many notable things, but one in particular has stuck with over the years (maybe I first read it at a formative time in my personal development). He said:

Let me interpret this philosophical point into something practical for us.

When we start out in working life we almost always start as a techie, doing the technical job for which we are trained. We work hard and long, maybe do some extra training, following the career path we see before us. If we make progress it is due to our own efforts. We see this clearly, and are willing to make sacrifices; our future is in our hands.

At some stage in our life we are promoted to the role of leader (never mind the actual job title), and now something rather exciting (or frightening) happens. Our future is now in the hands of others! Our progression is in the hands of our team members; our success depends on their efforts. 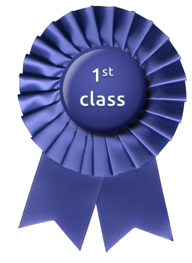 De Vries is telling us that the first class leader knows this simple fact, and wants to have people in the team who will excel. This leader will look for people who are better at the technical job that the leader ever was, and the leader will not feel threatened by these stars, but will feel very pleased that they are in the team, because the team (and therefore the leader) will be successful.

People will try to get into such a team, even knowing that there may be a stack of hard work to be done. Future leaders will develop in this team, so succession planning is easy; this leader can be promoted elsewhere without the team folding up.

Second class leaders look for third class people who will never threaten the leader. There is no personal development and little project progress in such a team. Team members with any gumption are going to get out, and the dummies are stuck. This leader will also be stuck, as there will be no obvious person to take over; the leader has become indispensable.

Watch out for future blog posts on how to create these conditions.

The final word rests with another leadership philosopher, Lao Tzu, who lived sometime between 600 and 400 BCE. He said something that will depress the glory-seeking leader, but will make the true leader smile with understanding:

‘A leader is best when people barely know he exists; when his work is done, his aim fulfilled, they will say: we did it ourselves.’