The human side of earned value management

Some years ago, I was working in a company that manufactures and installs marine power plants around the world (for the purposes of this article I’ll call them Power International or PI for short). One of their typical projects lasts for 4 to 5 years and contains many sub-projects which in themselves have a value of millions of dollars. The sub-projects are further broken down into work packages and then into tasks. 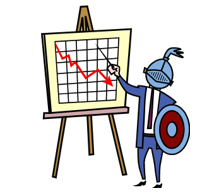 Each work package had an owner. This was typically an experienced Mechanical or Electrical Engineer who had shown good technical skills and was promoted to a managerial position. I had been invited to be part of a competency development programme for these managers.

This involved interviewing 250 managers to gauge their knowledge and skills. It soon became apparent that there was one very specific issue that needed to be addressed.

Sometime previous to the competency development programme, the Board of Directors had needed a way of tracking their projects in a consistent way to work package level that not only indicated the current performance of a project but also forecast outcomes in terms of time and cost.

After much consideration, they decided to implement an Earned Value Management system. The planners in each project were given software that was able to perform the earned value calculations and produce projections for work package, sub-project and project level.  The cost and schedule performance indices (CPI/SPI) were used to estimate the project’s final cost and completion date.

Work package owners were given training in the principles of earned value that focused on the acronyms and calculations. Earned value was made compulsory on all projects down to work package level.

Each month the Board received a report that listed the projects with an SPI and CPI for each work package and sub-project.

Based on their understanding of earned value, the Directors ignored those work packages that had an SPI and CPI of 1 or above and asked for explanations for the delays or overspend on those below 1.

As the months went by, the Directors were very pleased to see that all the work packages were returning indices close to 1. In fact, most were reporting indices of exactly 1.0 and this was clearly a sign that the decision to implement the reporting system was a good one.

Eventually, it became clear that projects were falling behind or overspending just as much as ever before but the problems were not becoming apparent until the last few weeks of a work package.

PI had made two basic errors in their application of earned value management.

Firstly, they had made a mistake with respect to the technique itself. Many work packages had a high plant and machinery element. These items of equipment were bought in at fixed cost from suppliers and could constitute up to 90% of the content of a work package. Even if the effort that PI was putting into a work package was well over budget, this was insignificant compared to the fixed cost element and therefore the indices were not a true reflection of progress.

Secondly, the Directors' approach of simply demanding explanations from underperforming work package owners alienated these staff. They were often people who loved the technical side of their job and were reluctant managers. They knew when work was behind and wanted to be left in peace to try and catch up. The Directors' demands never provided help, just more administration, and this became demoralising.

Very quickly, the work package owners realised that they could easily provide figures for the planners that resulted in indices of 1. Not only did this mean that the Directors left them alone, it also took less time than producing accurate estimates of percentage complete. As one manager privately admitted to me “they shouldn’t be worrying about why three work packages have an SPI less than one, they should be asking why the other 25 are all at exactly 1.0”

This approach kept everybody happy until the point where the under-performance of a project was obvious to all, without the need of any reporting data. By then, it was too late to take corrective action.

The first thing the company needed to do was to change the culture. Everyone from Director to Junior Engineer had to understand that the point of calculating the indices was to highlight areas where corrective action was required and then do it! This required staff to provide accurate information that highlighted areas where Directors needed to provide help and support, rather than simply demands for improvement.

The approach had to also be tailored to the nature of PI's projects to ensure the information was not only accurate but realistic (for example, using hours rather than money as the unit of measure and thus eliminating the disproportional effect of capital equipment).

Unfortunately, the Directors did not see this need and were convinced the system was OK as it was (after all, it was telling them exactly what they wanted to hear).

All I can say is that some years later, the press was full of yet another failed defence project!

The human side of earned value management